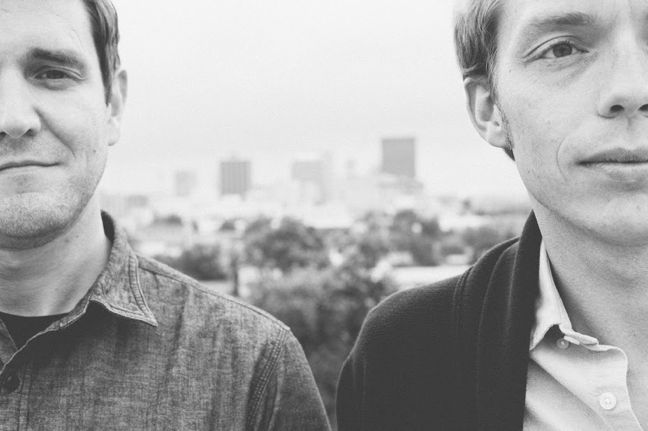 MINIMALISM, whether chosen or forced, can be glorious.

﻿
I started small, asked myself: What if you removed one material possession—just one—from your life each day for a month? What would happen?

The result: I unloaded way more than thirty items in the first thirty days. It became a kind of personal challenge, discovering what I could get rid of, what I could get out of my way, how many unneeded things I could remove from my hoard. I searched my rooms and closets, cabinets and hallways, car and office, rummaging around for items to part with, retaining only the things I needed.

Pondering each artifact in my apartment, I’d ask simple questions like, Does this thing add value to my life? I learned that once you gain momentum, once you feel the benefits of removing the clutter from your life, embracing minimalism gets easier by the day. The more you do it, the freer and happier and lighter you feel, the more you want to throw overboard. A few shirts leads to half a closet. A few DVDs leads to deep-sixing almost an entire library of discs. A few decorative items leads to junk drawers who shed their adjective. It’s a beautiful cycle. The more action you take, the more you want to take action.

I didn’t just “declutter,” though. As far as I can tell, decluttering alone is sort of a farce, a trend promulgated on daytime TV and in trite magazine stories like “67 Ways to Declutter a Messy Home.” What we’re not told is that decluttering by itself doesn’t solve the problem, not long term anyway. Discussing how to get rid of our stuff answers only the what side of the equation, but not the why; the action, but not the purpose; the how-to, but not the significantly more important why-to. In other words, the what is relatively easy. We all know instinctually how to declutter—how to get “organized.” But that’s just one part of the larger issue. Instead of “get organized,” I’ve decided I need to start thinking of organizing as a dirty word, a sneaky little profanity which keeps us from really simplifying our lives.

You see, our televisions would have us believe there’s a battle being fought on the consumption continuum, a battle between messy hoarders on one side and spruce organizers on the other. And from our couches it’s hard to see who’s winning. I’d like to posit, however, that these two sides are actually working together, colluding to achieve the same thing: the accumulation of more stuff. One side—the hoarders—does so overtly, leaving everything out in the open, making them easy targets to sneer at. But the other side—the sneaky organizers—are more covert, more systematic, when it comes to the accumulation of stuff.

Whether our homes are strewn with wall-to-wall junk or we have a color-coded and alphabetized methodology to camouflage our mess, we’re still not dealing with the real problem. No matter how organized we are, we must continue to care for the stuff we organize, sorting and cleaning our meticulously structured belongings. When we get rid of the superabundance of stuff, however, we can make room for life’s more important aspects. I can now spend my day focusing on that which is truly important—health, relationships, writing—instead of re-reorganizing my basement. Once the excess stuff is out of the way, staying organized is much easier anyway; it’s like getting organized without the stress of actual organizing.

It took confessing to myself that I was but a well-organized hoarder before I took action and really started removing the surplus stuff from my world.

When I got rid of the majority of my possessions, I was compelled to ask questions I wasn’t prepared for: When did I give so much meaning to material possessions? What is truly important in life? Why am I discontented? Who is the person I want to become? How will I define my own success?

These are tough questions with difficult answers. But they’ve proven to be much more important than just trashing my excess possessions. If we don’t answer them carefully, rigorously, then the closet we just decluttered will be brimming with new purchases in the not-too-distant future.

So as my belongings fell by the wayside, and I started facing life’s tougher questions, I felt less bloated, lighter, as if losing a kind of internal weight. I no longer needed the extra space in my oversized downtown apartment, so I moved into a smaller and considerably less expensive one-bedroom apartment, three blocks south. This new apartment has a view of the park across the street and is situated in a communal neighborhood in which people actually smile and wave and say hi to you when you walk by.

I guess you could say I’m a minimalist now. Although if you visited my home you probably wouldn’t leap up and proclaim, “This guy’s a minimalist!” No, you’d probably just say “He’s tidy” and ask how I keep things so organized, and I’d simply grin and tell you that I don't own many things, but each of my belongings—my kitchenware, my furniture, my clothes, my car—has a function or brings me joy.

Over time, situations will change. They always do. So I’m forced to ask the same important question over and over again: Does this thing add value to my life? But I don't just ask this question about material possessions. Stuff was just the start. I ask it too in regard to relationships, Internet consumption, food, and more. I constantly ask because circumstances constantly change. Just because something adds value today, that doesn't mean it will necessarily add value tomorrow. So I keep asking, and I adjust accordingly.
﻿

﻿Joshua Fields Millburn and Ryan Nicodemus—aka The Minimalists—are a pair of best friends who grew up poor in Dayton, Ohio and were working in unfulfilling six-figure corporate careers at age 30, when they shed most of their belongings and started a popular blog about embracing simplicity. They have since become some of the country’s leading evangelists on the virtues of living with less. The friends, now 32, are currently on a 100-city tour to promote Everything That Remains, an earnest self-published memoir written by Millburn with footnotes by Nicodemus that attempts to recount their change of course and serves as a primer for those curious about what it means to be a modern minimalist. Here at the Eye, they share an adapted excerpt from the book in which Millburn reminisces about how his lifestyle transformation began at home, by figuring out what to do with all of his stuff.﻿