cuttlefishes' legendary adaptability is a greater  strength than strength itself.  ​

Having experienced cuttlefish from an epicurean standpoint since childhood, what a happy surprise it was to find out how quirky they are; both funny and intelligent (traits usually keeping company — have you noticed?).  There’s always exceptions to the rule in life and, in the oceans, cuttlefish are a rare and delightful type of occupant.  They’re not found in the Americas, but, leave it to the West to discover how smart they are and, bizarrely adorable, too!

Their sizable brains evolved (they’ve no hard shell for protection) ensuring propagation of the species, but, they are by no means dull!   Cuttlefish are spellbinding — literally.  Big-time entertainers, they treat more challenging prey to impressions of hovering 3-pronged spaceships, while simultaneously projecting a dazzling light show from their skin rivaling a Vegas marquee.  Hypnotized by the undulating looming spectacle, the victim crab or lobster is paralyzed (with awe?) and the flashy fish strikes — dinner and a show! 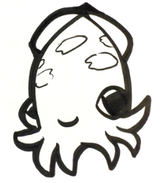 Cuttlefish have remarkable skin -- to say the least.  It can alter to match surroundings of all colors, stripes, and textures -- a hyper-camouflage.  One cuttlefish named, Bubbles (permanent guest of a venerated research institution of higher learning), was housed in a tank with a checkerboard patterned floor and her skin created a black square on its back to match (a decorator’s dream pet)!  For all of the hoopla about standing out in the world, sometimes we forget how nice it is to fit in -- and artfully at that: there are times for both.

During mating season, cuttlefish let it all hang out, not even bothering to blend in.  En masse males preen, competing in full splendor, puffing and wrestling to prove their genetic worth.  Females are choosy and generally unimpressed by such displays.  This might leave Darwinists confused, but, here’s where the fun part comes in:  Cuttlefish might be a brainy bunch -- but some are more clever than others -- while the big boys are busy flexing, the less physically endowed males show off their mental assets... 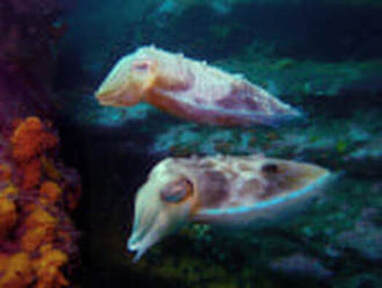 ​...The real “players” utilize their gifts to glide by the others, while appearing non-threatening and therefore much more welcomed by the ladies.  These boys dress in drag.  The smaller males make their skin appear like the females’ and slip by undetected, often, ahem, ‘accepted’ and departing without ever being noticed.  They are 30% more likely to pass their genes along to the next generation than the traditionalists who don’t let their “freak flag fly.”   What a terrific reminder that survival of the fittest also means the smartest.

People can resent limitation, but take a lesson from the cuttlefish:  When it isn’t easy you get creative.  Often the most innovative and compelling great works are born of necessity.  Embrace what IS available to you and a whole realm of possibility emerges more effective than if all your dreams were granted and everything handed to you at once.  Propellant moxie goes further than mere resources alone.  Focusing on what's missing is misplaced energy, for - sometimes the best prayers are unanswered ones - especially when we find out what we’re made of and triumph in the process.

Now, take some cues from the clever cuttlefish, go forth & LIGHT IT UP!!! 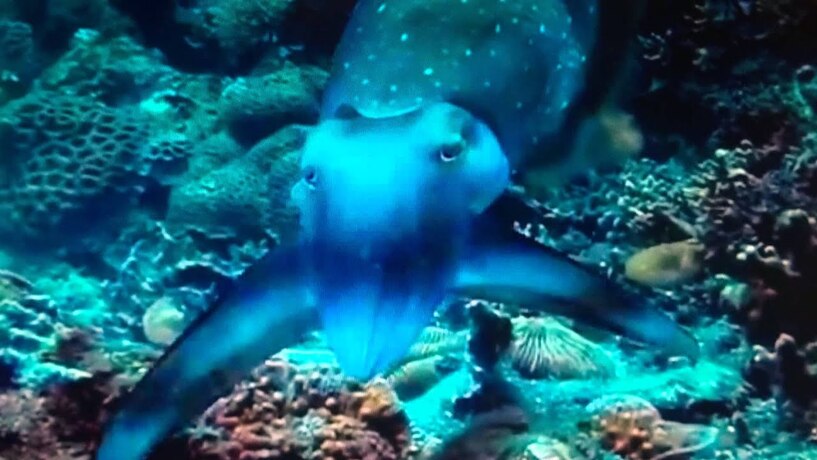 When we condemn, whether ourselves or others, our past, present, or future; allowing shame to run the show, we hold ourselves back. Freedom is letting the loving you through.